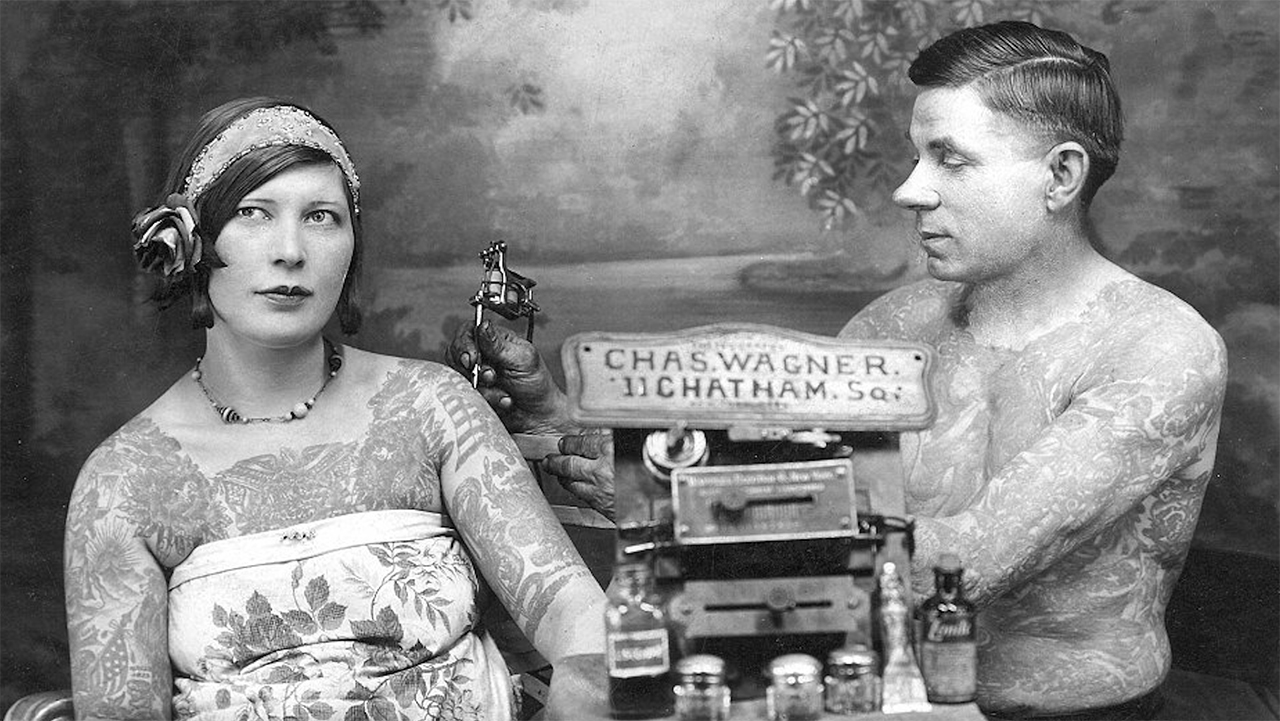 The art of the tattoo is the art of humanity; though now almost as mainstream as pierced ears or hair dye, for decades tattoo history and tattoos were viewed as an act of rebellion (my parents still consider tattoos the sole preserve of outlaw bikers, rock stars, and the prison-bound criminal, despite all evidence to the contrary). A talismanic plea to the gods, a war-cry to scare enemies, or a permanent mark of shame for slaves or criminals, the tattoo has been a part of human culture for over 5,000 years. 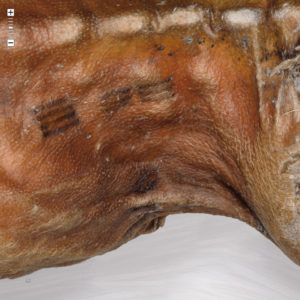 ‘Otzi the Iceman’, unearthed in 1991, has over 60 tattoos, presumably manually inked into his now-mummified skin with a mixture of water and soot and thought to date back to 3,300 BC, but he’s certainly not unique in his body art; from the forced tattooing of Byzantine slaves and the marking of captives in ancient Greece, the tattoo historically carried with it a societal stigma. The ancient Athenians inscribed prisoners from Samos with owls, the symbol of Athena. In Song dynasty China, Confuscianism placed great emphasis on avoiding damage to the body; permanently marking the skin was considered shameful not just to the individual but to their whole family. Penal codes therefore listed crimes punishable by enforced tattooing and banishment.

The link between tattoos and organised crime in Japan is more well known, but historically tattooing was considered cause for ostracization from the whole community; Irezumi as a method of punishment in Edo-period japan was reserved for the most serious of crimes, and continued until around the 17th Century before full-body tattooing became a badge of honour among the Yakuza families. Even today, visible full-sleeve tattoos are viewed with suspicion by some in Japan due to their links with organised crime.

Tattoo history in cultures such as Samoa or the New Zealand Maoris may often be seen as ‘primitive’, and the tradition of hand tattooing over periods of several weeks using tools formed from shell or animal teeth has certainly not changed much since biblical times, but the ascension from child to adult marked via the ceremony of tattooing is an integral part of traditional society. ‘Primitive’ or not, we’ve stolen the basis of the ‘tribal’ style popular in modern tattooing; even the word tattoo likely originated from the Samoan ‘tatau’.

Fast forward to the eighteenth and nineteenth centuries, the popularity of the tattoo grew rapidly among new American sailors, to prevent their press-ganging into the Royal Navy. Whilst the popular connection between the Navy and tattoos is today as inextricably linked as cheese and wine, or rock ‘n’ roll and the electric guitar, the practice flourished as Americans turned to body ink to supplant the government issued ‘Protection Papers’, thus proving their American citizenship. The practice grew into an elaborate code of seafaring superstition; pigs and roosters tattooed on the feet were believed to protect a seaman from drowning, whereas the famous nautical swallow was said to denote a sailor who’d travelled 5,000 miles at sea, always returning home safely. An anchor, legend has it, showed a sailor who’d crossed the Atlantic, and ships, dragons, and turtles all bragged of accomplishments on the high seas. The famous and very fashionable ‘Hold Fast’ across the knuckles of both hands came, according to myth, from a seaman’s desire for better grip on the tarry rigging of ships at sea.

At the same time, the art of the tattoo found a home amongst circus and tent-show performers such as John O’Reilly and the famous ‘Tattooed Lady’ Emma de Burgh, whilst into the 1920’ and 30’s, cosmetic tattoos became popular; while many women secretly followed the trend for permanent lip-liner or eyebrow shapes, tattooing was still seen very much as a social taboo, the preserve of criminals, sailors, and the circus troupe. 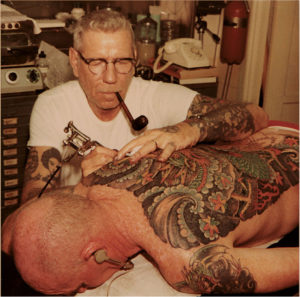 The 1940’s brought the dawn of Norman Keith Collins and the iconic ‘Sailor Jerry’ tattoo, colourful designs of nautical themes and exotic hula girls, timeless and classic and once more very much in vogue along with beards, plaid shirts, and the redwing boot. The 1950’s brought the dawn of the teenager; leather jackets, greaser hair, and motorcycles, went hand in hand with the nautical Sailor Jerry tattoo among the ‘bad boy’ outcast of The Wild One and The Reckless Age, adding once more to the image of the tattoo as the badge of the defiant rebel.

The 1970’s and 80’s saw the tattoo slowly gain in mainstream acceptance, with peace symbols, doves, Celtic knots, and the ‘biker’ skull & crossbones motif; the 90’s brought tribal designs and Chinese letters, before the Appleton sisters and the dawn of the ‘Ladette’ brought low-slung combats, lacy thongs, and the lower back tattoo to fashion magazines across the world.

Today, the tattoo is everywhere; as likely to be seen on Premier League and movie stars or celebrity chefs as outlaw bikers and world-weary seafarers, from musicians to mortgage brokers, ink is commonplace. No more the preserve of the outcast, tattoos are an everyday occurrence, a mark of passions, personality, and individual identity. We’ve certainly come a long way from the humble ‘stick and poke’.

Sorry, the comment form is closed at this time.